Here is a selection of my favorite work I've done in one of the briefs - Second year. 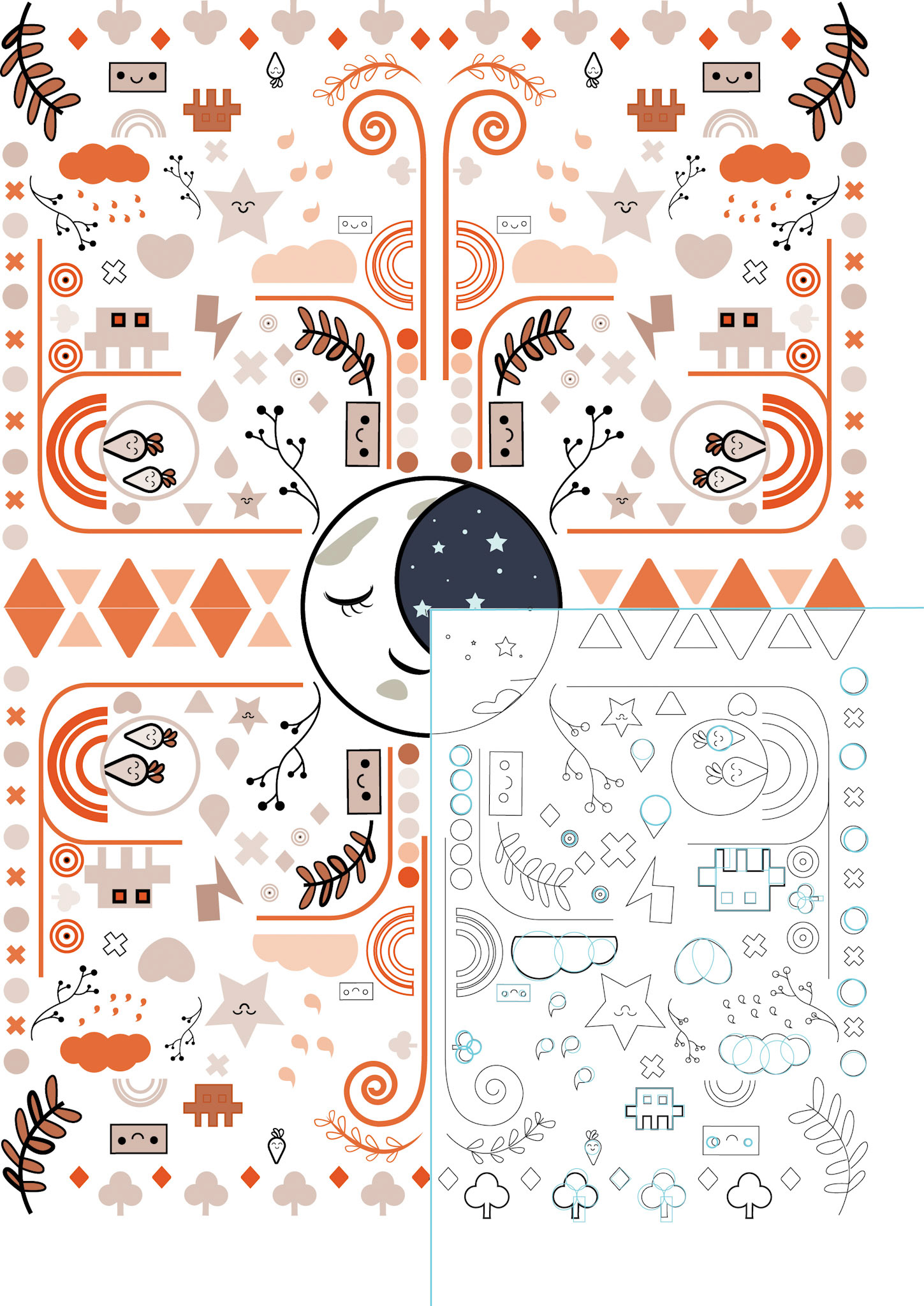 As a designer, I made the above illustration on purpose.
I wanted to reveal the amount of work & details we put behind the scenes in order to create one good element.
I tried to keep the"behind the scene" part as simple as it could be.
took me 5 hours from skitching to finishing it. BUT I'm so satisfied with the outcome.
"لاتقلل من شأن نفسك ابداً! 💪💛
اخذ مني 5ساعات من بداية رسم السكتش وحتى النهاية..
لم يسبق لي العمل بهذه الطريقة، والستايل
لكن جميل ان أجرب لأجل ان أجرب! 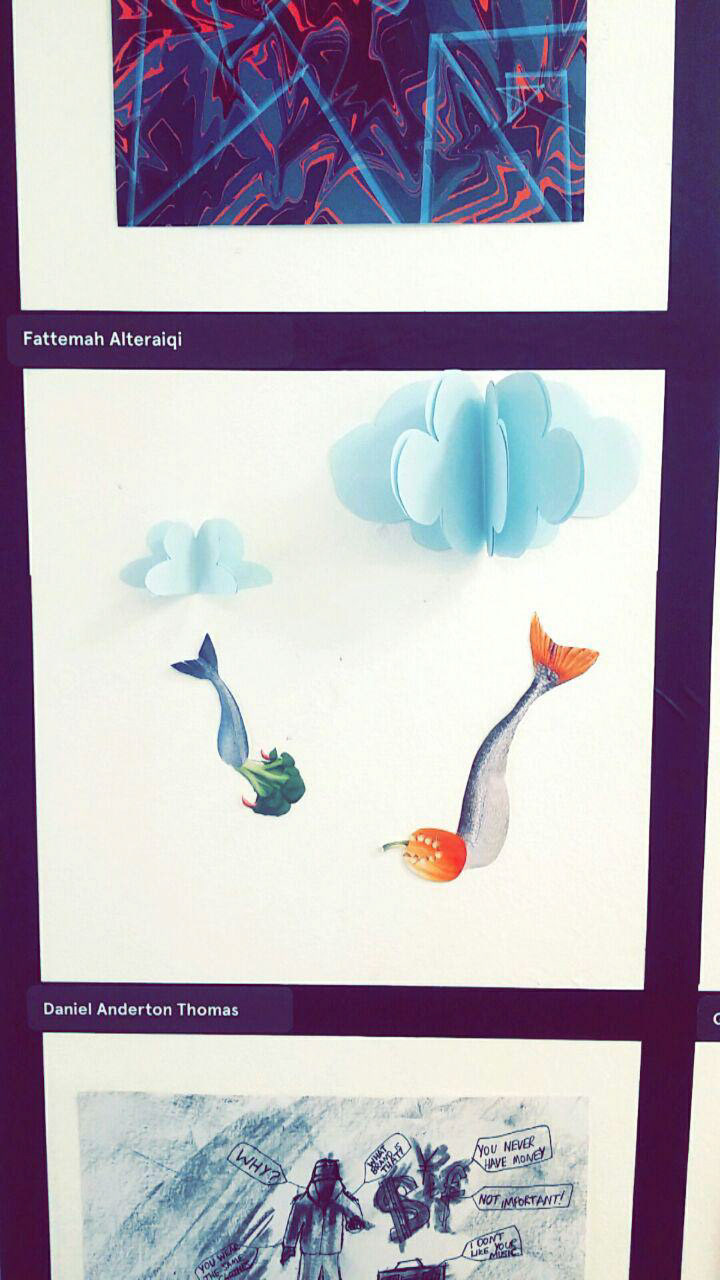 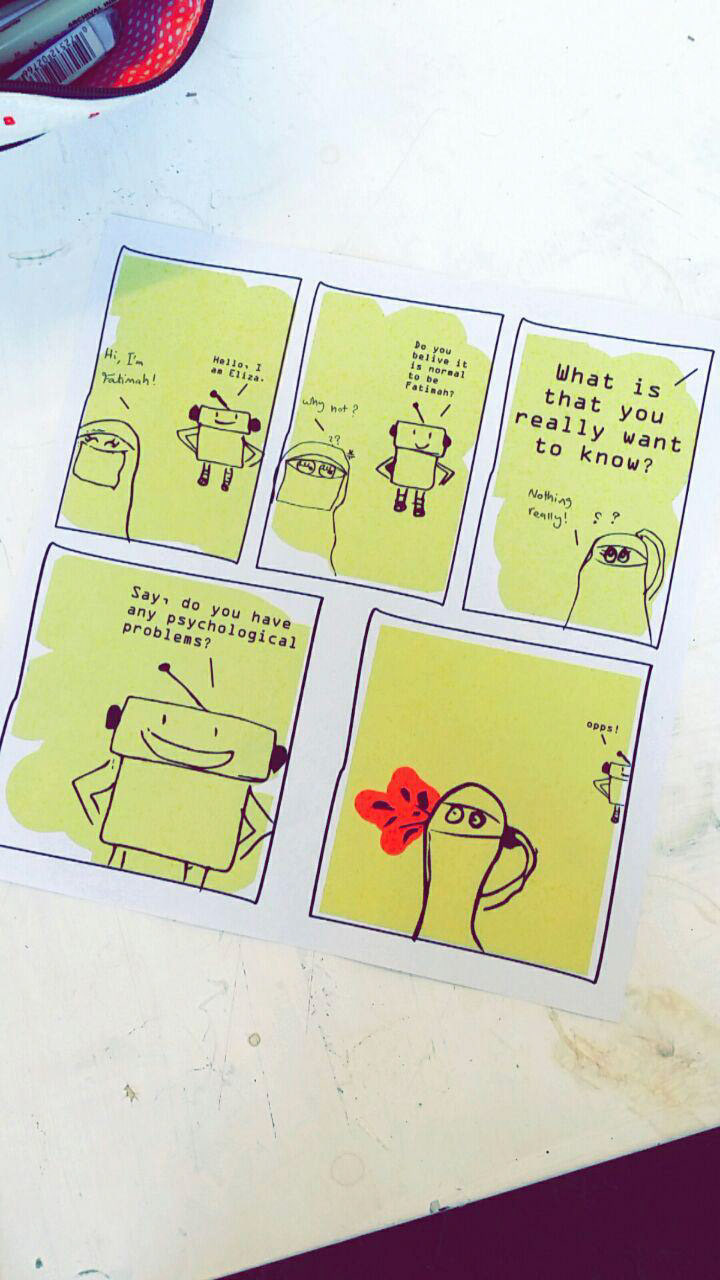 I decided to talk with Eliza, the computer Therapist, and see if she might inspire me somehow. But it turns out that she drove me crazy. So I literally copied our conversation and turned it into a comic strip. 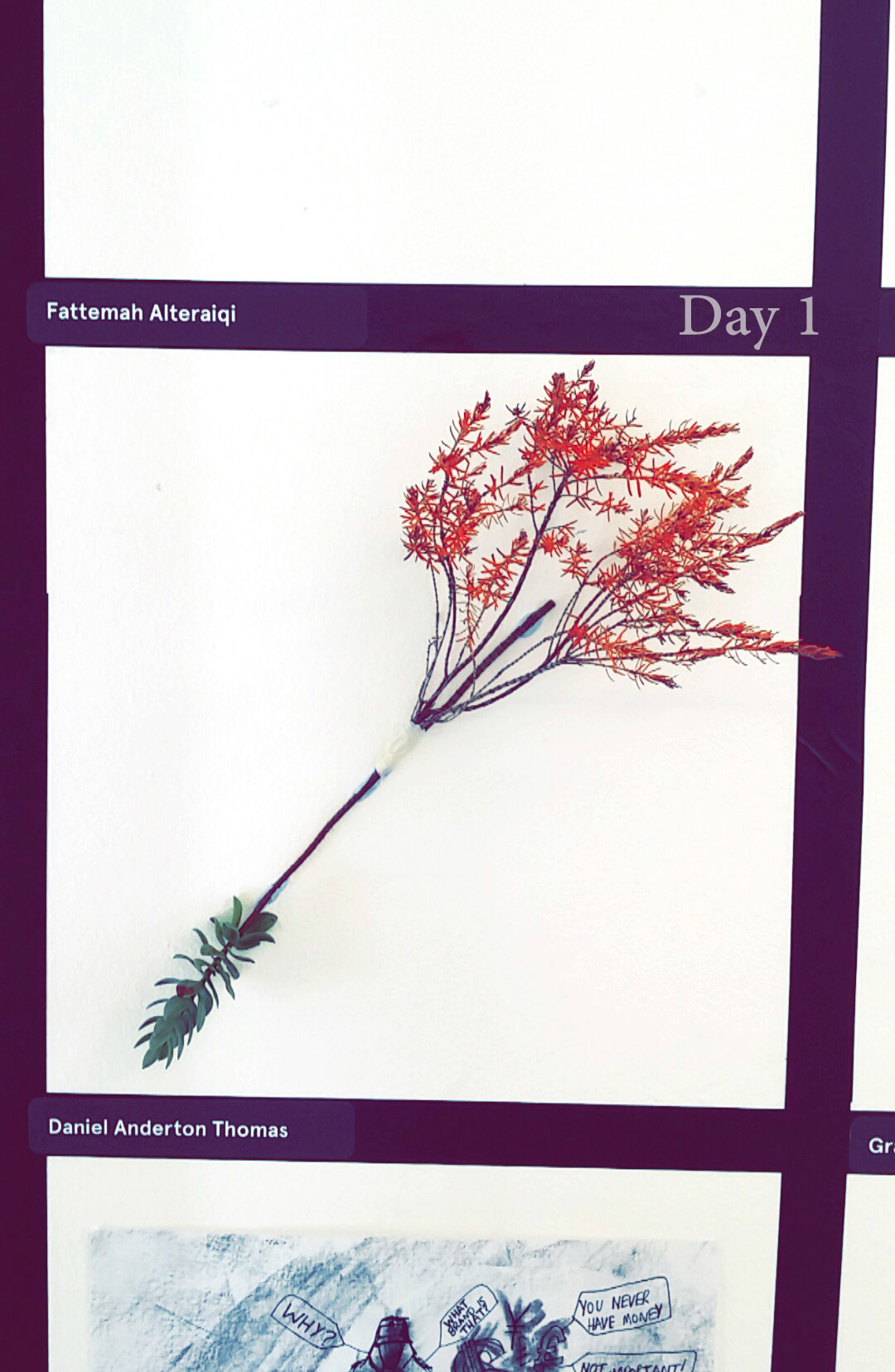 My initial idea behind this artwork was to make a wiped out identity.
What I have done was having two different plant stems, and tape them together. The first stem was having almost dead brownish leaves, and the other one was alive with green leaves that look like plant roots.
However, I taped the two stems together and pointed the dead one upwards. I made the tape obvious to the viewer in order to give the sense of obliterated identities or wiped out identities.
I tried to represent people who chose to wipe all their heritage after emigrating to another place. They did not accept themselves, and their identities. Nor the new culture accepted them.
The upper part of the plant gives the meaning of their dead, “eaten” identities. while the roots are still alive but buried and patched with something that wonʼt fit
↑Back to Top